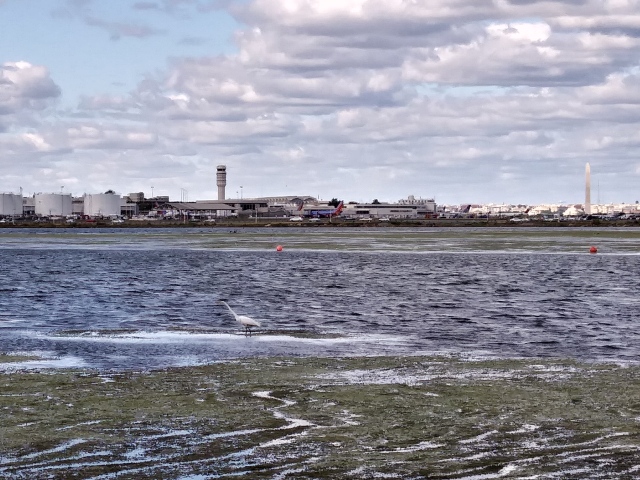 So, I do still exist…mostly sitting in a hospital room or frantically seeing to my chores at home, but, still, I’m here. I’m getting dinner on the table. Success! My boys are passing all of their classes. Yay me! The dogs are walked. Woohoo!

A few weekends ago, before my father fell ill, I took my son and two of his plane-spotting friends to Reagan National Airport in Washington, D.C. We spent some time in the terminal but soon departed for the Washington Sailing Marina, which offered a more scenic view of the airport and a better perspective of the planes landing there. (Most spotters prefer Gravelly Point, another small park, but that would be much too unoriginal for these teenagers). The boys spent hours out on the windy docks that reached into the Potomac River, taking photographs and arguing the merits of one aircraft versus another, while I chose to watch birds and wonder over the river that receives the Monocacy’s waters. As another urban river, the Potomac, too, had its share of trash, but it also had its share of waterfowl, like a small raft of mallard ducks and a very determined egret. 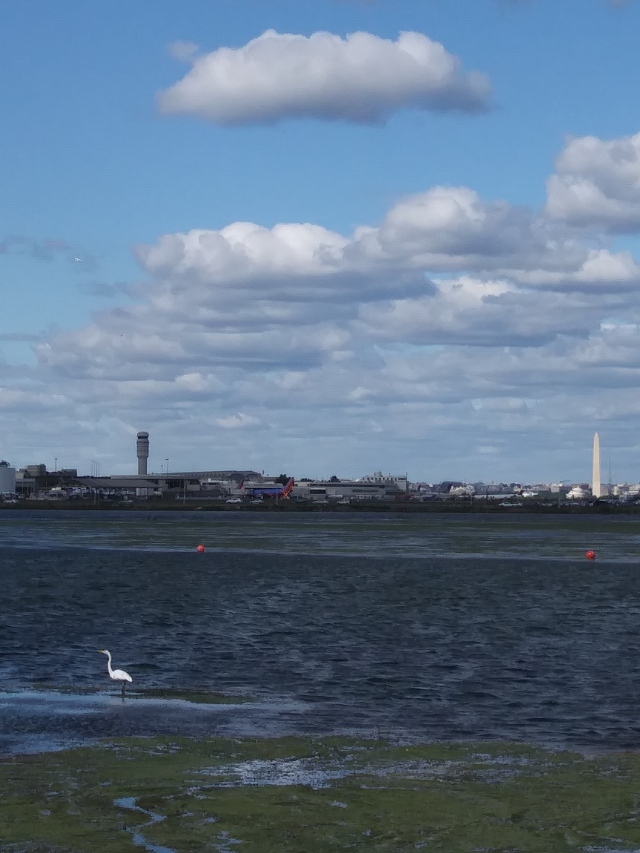 Despite the non-potable water and floating trash, the view was undeniably diverting, from the taxiing planes at the airport on one end of the horizon, to the Washington Monument on the other. 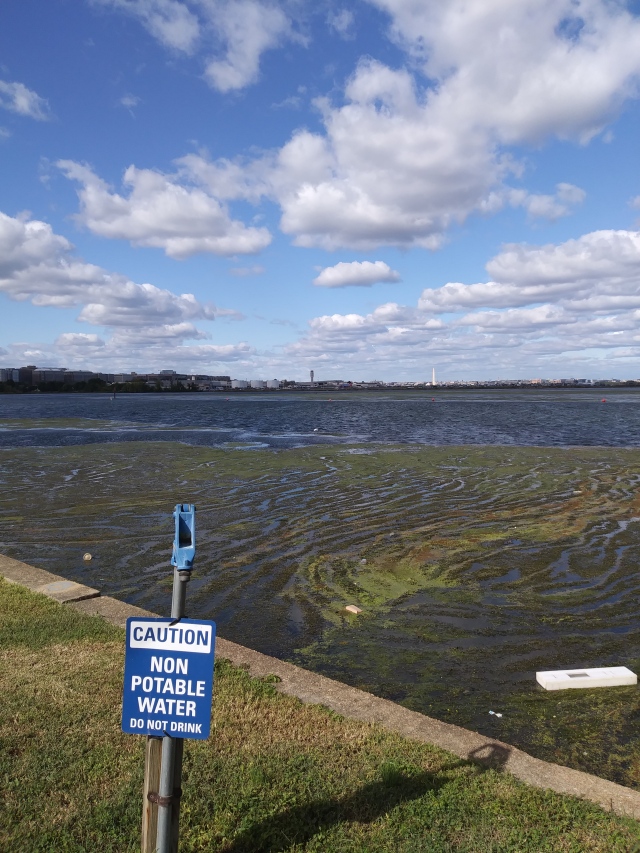 It’s not easy to write these days. I find I’m distracted all of the time, bullied by guilt and driven only to do things that must be done. I feel flat; finding the sort of inspiration I need in a hospital room is a bit of a challenge, after all. But I’m here.

And this is my little bit of trash on the Monocacy.

9 thoughts on “A little bit of trash”