Lately, as I sort through the photos in my laptop’s library, I find more of my son’s work than my own. Now outfitted with a much better camera, he takes dozens of photos every time we go planespotting (which is nearly every weekend these days), bouncing between Dulles, BWI, and Reagan National airports. I read or ruminate or listen as he and his friend discuss the finer points of every aircraft that passes over us. As time has progressed, I’ve been gratified to hear their arguments expand to include the merits of different camera settings or even the benefits of varying points of view and composition. It feels as if they’re learning something about more than aviation. Maybe that’s why I was especially pleased to find that my son has broadened his subjects to include the birds that he sees while his eyes are to the sky, particularly the gulls that hang out near Reagan National Airport. What was even better was noticing how alike his compositions are, despite the disparity between steel and feathers.

A slight lift with a view head-on: 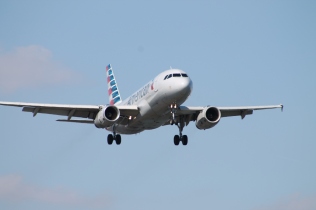 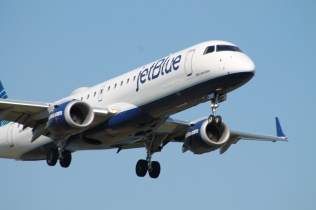 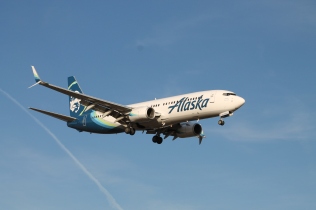 Among my own few photos, I found evidence that something else is in the air: spring.