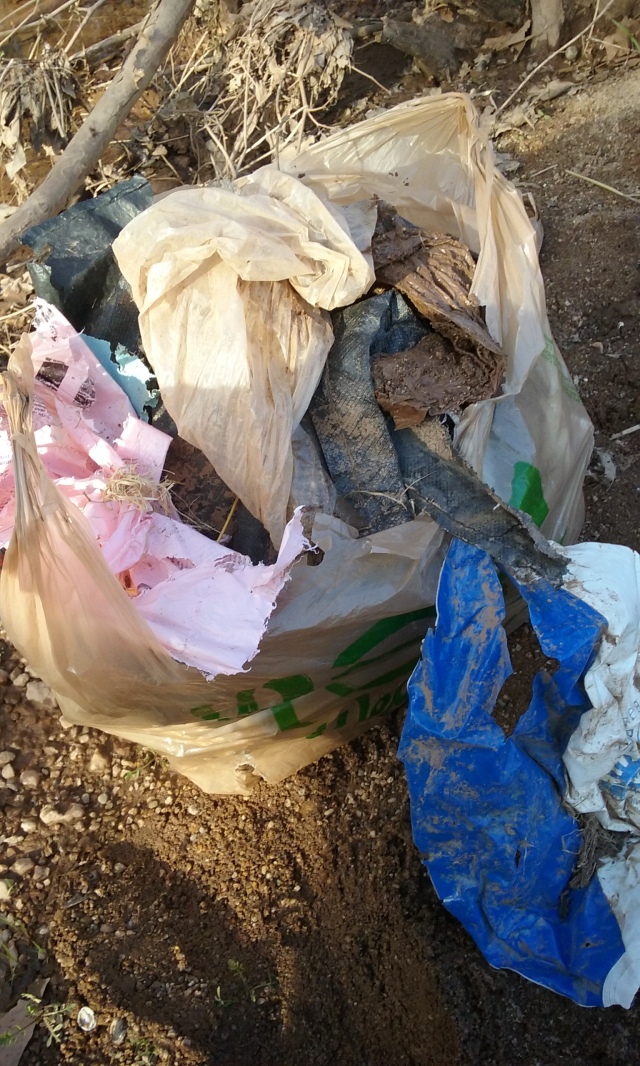 I guess I’ve always had a thing for trash: digging for it, documenting it, and treasuring it. While the blog’s subtitle calls me a “girl,” by now it should be obvious that I’m long past being any such thing, at least in externals. I’m old enough to have accumulated  a number of identities, and one of my favorite ones, one which I thought was never to be picked up again, was archaeologist.  In my twenties, I got an advanced degree in Greek, Latin, and Archaeology and did some digging for a few summers at some classical sites. It’s actually not as exciting a job as most expect.  While I was in the trenches, tourists often asked whether I had found any gold.  I smiled and said, “no,” because I understood that they meant the shiny mineral, but I had found some of my own gold: potsherds, pieces of glass, dirt floors, roads, foundations, and even a tiny marble head. In other words, I had found ancient trash. And, to me, it was fascinating.

The trash I’m finding today could be the treasure of tomorrow.  So should I feel bad about picking it up?  I’ve decided no.  What I find is shreds of plastic, tin cans, agricultural waste, bits of clothing, machine parts, et alia (see, I do know Latin), that has floated down the river.  Its lost its cultural context and, therefore, is of little future value for those who may wish to understand us, say, 1,000 years from now. In other words, there’s no need to give myself a pat on the back for leaving a yogurt container to be buried in the sand.

There are active archeologists (note the different spelling for those who work in North America…wow, I am such a geek today!) working along the Monocacy River.  In fact, there is a large Native American settlement off Biggs Ford Rd. that has been excavated multiple years by the Archeological Society of Maryland.  From approximately 1000-1500 AD, it was occupied by peoples of the Montgomery and Keyser Complex. For more details and pictures from the 2014 expedition, see the link below.