Frederick City lies in a valley, cut through by the Monocacy River and surrounded by the Catoctin Mountains, which are part of the ancient Appalachian Mountains that range through the eastern United States, from Maine to Georgia. When I’m feeling romantic, I tell people that I am from the foothills of the Blue Ridge Mountains, which is another name for this region of the Appalachians. On hazy days, which are plentiful, the mountains do indeed appear blue, a result of the isoprene released by the trees that cover them.

Beside a winding road up to these mountains, runs one of many small streams that flow through Frederick County. Although this stream is small enough to lack a proper name, it is significant in my family as the site of “Uncle J’s property,” which was given to him by my grandfather, who purchased it after proposing to my grandmother along the stream’s banks. Since it cannot be built upon, it is worthless as real estate, and, in fact, no one has ever made an effort to fence in or claim the small plot in any official manner. It’s nothing, really, but a cool escape – quite literally, actually, since it averages about ten degrees cooler than the city proper – where we can splash in the clear water, let the dogs go to roam freely over the fern-covered slopes, and be left entirely alone. 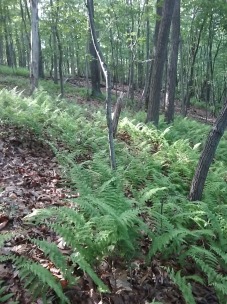 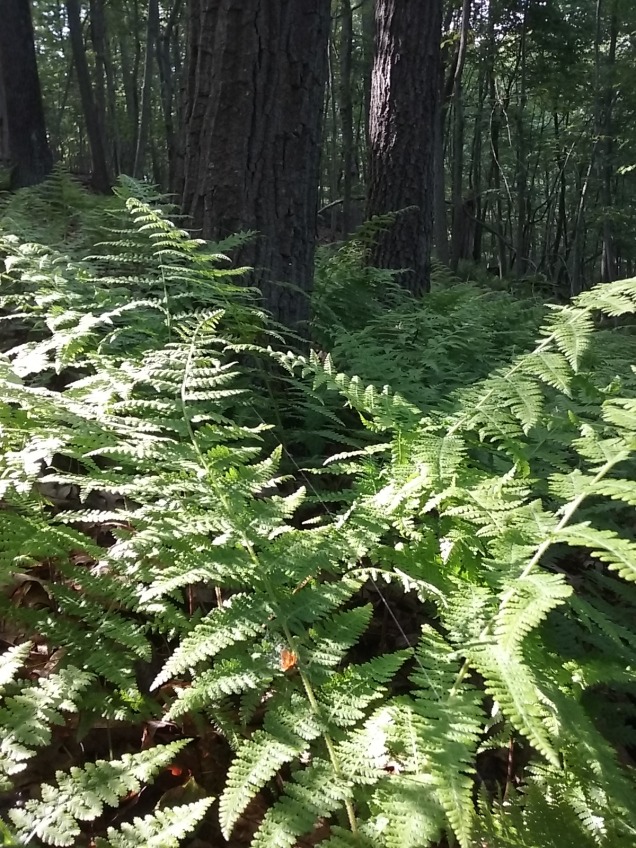 One thought on “A Creek with No Name”